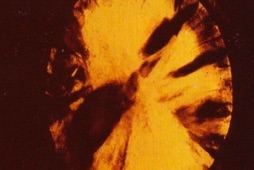 Cortical cataracts (see left) show ‘spokes’ of cloudiness extending from the centre of the lens to the edge.

Cataracts often result in mistiness of parts of the field of vision (see right) and dullness of colours and textures of objects being looked at. 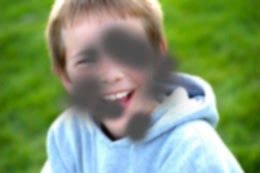 Cataract A cataract is NOT a skin growing over the front of the eye. It is, in fact, a clouding of the eye’s natural lens, which lies behind the iris and the pupil. The lens works much like a camera lens, focusing light onto the retina at the back of the eye. The lens also adjusts the eye’s focus, letting us see things clearly both up close and far away.

The lens is mostly made of water and protein. The protein is arranged in a precise way that keeps the lens clear and lets light pass through it.

As we age, some of the protein may clump together and start to cloud a small area of the lens. This is a cataract, and over time, it may grow larger and cloud more of the lens, making it harder to see.

Researchers are gaining additional insights about what causes these specific types of proteins (crystallins) to cluster in abnormal ways to cause lens cloudiness and cataracts. One recent finding suggests that fragmented versions of these proteins bind with normal proteins, disrupting normal function.

Cataracts are classified as one of three types:

What are the signs and symptoms of cataracts?

A cataract starts out small and at first has little effect on your vision. You may notice that your vision is blurred a little, rather like looking through a cloudy piece of glass or viewing an impressionist painting.

A cataract may make light from the sun or a lamp seem too bright or glaring. Or you may notice when you drive at night that the oncoming headlights cause more glare than before. Colours may not appear as bright as they once did.

The type of cataract you have will affect exactly which symptoms you experience and how soon they occur. When a nuclear cataract first develops, it can bring about a temporary improvement in your near vision, called ‘second sight’. Unfortunately, the improved vision is short-lived and will disappear as the cataract worsens. On the other hand, a subcapsular cataract may not produce any symptoms until it’s well-developed.

If you think you have a cataract, see an optometrist for an eye exam to find out for sure.

No one knows for sure why the eye’s lens changes as we age, forming cataracts. Researchers are gradually identifying factors that may cause cataracts — and information that may help to prevent them.

Many studies suggest that exposure to ultraviolet light is associated with cataract development, so eye care practitioners recommend wearing sunglasses and a wide-brimmed hat to reduce your exposure.

Other studies suggest people with diabetes are more at risk for developing a cataract.

Hazy or blurred vision may mean you have a cataract.

The same goes for users of steroids, diuretics and major tranquillisers, but more studies are needed to distinguish the effect of the disease from the consequences of the drugs themselves.

Some eye care practitioners believe that a diet high in antioxidants, such as beta-carotene (vitamin A), selenium and vitamins C and E, may forestall cataract development. Meanwhile, eating a lot of salt may increase your risk.

Researchers say additional studies also are needed to confirm whether hormone replacement therapy (HRT) significantly increases chances that cataracts will form and progress to the point that surgical removal is required.

HRT use combined with regular alcohol consumption appeared to create a 42％ increased risk of cataract removal, compared with women who had never used HRT or alcohol.

The HRT study was reported in the March 2010 issue of Ophthalmology.

When symptoms begin to appear, you may be able to improve your vision for a while using new glasses, strong bifocals, magnification, appropriate lighting or other visual aids.

Cataract surgery is very successful in restoring vision. Nine out of 10 people who have cataract surgery regain very good vision, somewhere between 6/6 (20/20) and 6/12 (20/40).

During normal cataract surgery, an intraocular lens (IOL) is implanted in the eye in place of the clouded natural lens. The power of the intraocular lens can be varied in order to allow for existing long-sight or short-sight and thereby allowing the surgeon to give you good distance sight without spectacles following the procedure. A variation of this technique allows the surgeon to make one eye focus on close objects whilst the other eye is made to focus on distant objects following surgery. This results in the patient being able to see both in the distance and read without spectacles following surgery.

New IOLs are being developed all the time to make the surgery less complicated for surgeons and the lenses more helpful to patients. Presbyopia–correcting IOLs potentially help you see at all distances, not just one. Another new type of IOL blocks both ultraviolet and blue light rays, which research indicates may damage the retina.

Think about surgery when your cataracts have progressed enough to seriously impair your vision and affect your daily life. Many people consider poor vision an inevitable fact of ageing, but cataract surgery is a simple, relatively painless procedure to regain vision.

‘After-cataract’ occurs in one in 10 people who have cataract surgery. The term refers to the thickening of the posterior capsule of the eye which usually occurs within 2 years of surgery being performed. Treatment involves the use of a YAG (Yttrium Aluminium Garnet) laser as an outpatient procedure restoring clear sight to the eye again.

This website uses cookies to improve your experience while you navigate through the website. Out of these cookies, the cookies that are categorized as necessary are stored on your browser as they are essential for the working of basic functionalities of the website. We also use third-party cookies that help us analyze and understand how you use this website. These cookies will be stored in your browser only with your consent. You also have the option to opt-out of these cookies. But opting out of some of these cookies may have an effect on your browsing experience.
Necessary Always Enabled
Necessary cookies are absolutely essential for the website to function properly. This category only includes cookies that ensures basic functionalities and security features of the website. These cookies do not store any personal information.
Non-necessary
Any cookies that may not be particularly necessary for the website to function and is used specifically to collect user personal data via analytics, ads, other embedded contents are termed as non-necessary cookies. It is mandatory to procure user consent prior to running these cookies on your website.
SAVE & ACCEPT